Foosball is a huge fun game that is playing by people across the world. It is also named as a baby kicker or soccer table. At this time, Foosball has a huge fan club. If you are a fan of it or want to count you in that big following list, then you should know more about your loving Foosball table game. Today I am going to tell you those lowly known points among people that might be surprised you. By getting those facts, you could impress your friends and make a good impression of your over them. Here are the most surprising ten things that you don’t know About Foosball.

There is always a question about who invented the Foosball table game. The United Kingdom(UK) fellow Harold Searles Thornton is known as the inventor of Foosball table game all over the world because he published the first copyright in 1923. But some say he is not the actual inventor. A European fellow invented it. Others demand French Lucian Rosengart constructed it, but the paperwork was disappeared.

2. There are four well-defined design of game-play and tables

Most of Foosball players who are practicing this game daily even have no idea that the Foosball table game has four distinct styles of the table. The style differs from the country. The four different designs are constructing from America, French, German, and Italy. The American fellows named the Foosball table as Soccer table. Though the designs are different, the playing style is all the same. Whichever design you choose for learning, it doesn’t matter; after completing your learning season, you could play any type of all.

Peoples are born to make something unique. That’s why they always try to make some records that the world could hear his name. So, why the Foosball players get left behind. They also try to score some records with their loving game. Four players do the longest marathon Foosball table playing Guinness world record of 61 hours and 17 minutes. They are Manuel Larcher, Alexander Kuen, Bernd Neururer, and Dietmar Neururer. who made this record in Austria.

5. Belgium created the maiden league of Foosball table in the 1950s

After a long time of the Foosball table game invention, peoples play this game only in their home. There were no well-known players found before the 1950s. In the 1950s, Belgium created the first league of soccer table games, and then peoples got to know about the experienced and expert Foosball table players. By creating this league, they made a good place for all Foosball lovers.

6. Hayes and Furr made the very first American foosball table version in the 1970s

7. The foosball touch its popularity peak in the USA in the 1970s

After having the stylish look of the Foosball table, which was made by two creators Hayes And Furr in the 1970s, the American inhabitant started to like to play this game with their buddies and family members. In the same year of the new-look invention of the soccer table, the Foosball table game reaches its popularity peak in the USA very quickly. They made the game as their stress-free and fun comfort machine.

8. The first USA tournament was held by Lee Peppard at Eight Ball Billards in MT in 1972

When the American peoples get the Foosball table game at their hand, they rapidly started to love the game. It is speedily made their only indoor fun game, but they wanted to play this game widely outside like the European play. They wanted to test their experience and expertness with other expert players. They didn’t want to wait so long to test their expertness because the Lee Peppard held the first USA tournament at Eight Ball Billards in MT in 1972.

Without prizes, any competition looks dull, and even players don’t get the enthusiasm and energy power to beat the opponent one. It’s an obvious thing that nobody wants to participate in any tournament without getting a chance to have prizes. And they're also the fact that every tournament member wants a huge number of players to participate in their competition. So, they make sure a big prize for their winner. But till now the World Championship gave the highest tournament prize of $1,000,000 in 1978.

10. The Pac-Man is liable for the shocking popularity down of the Foosball table in the USA in 1980.

In 1978, Any tournament members easily could reach a good business benefit of $1,000,000. But after the invention of video games as Pac-man, the popularity of Foosball table among peoples from all over the world consistently growing down. Peoples get connected with video games whenever they have free time. Before 1980 the soccer tables buyer sold 1000 tables each month. But after the Pac-man games strike, the number is falling off at 100.

These are the 10 Things that You Don’t Know About Foosball.with these facts; you could make a good impression on your friends. If you a Foosball lover, then you should know this remarkable fact about the Foosball table, which will increase your knowledge about your loving soccer game. 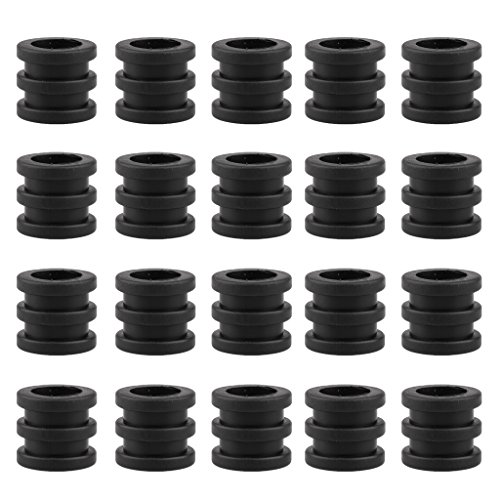