Home » How Prestigious is a Foosball Championship

Are you a foosball crazy? Do you love playing competitive foosball? If we hear ‘yes’ as your answer, it is apparent that the dream of being a champion foosball player drives you. We understand that foosball is your passion that catapults your efforts to partake in the championships. If you want to reach the pinnacle of success in the sport of foosball, championship is everything!! The World championship will make you popular and enhance your prestige and acceptance to the foosball enthusiasts and fans around the globe!!

Related: How to Organize a Foosball Tournament ?

As a newbie, you can call any level of playing foosball as competitive. But in real sense, you have to recognize a foosball game as competitive when there are certain organized events. Because the winners of foosball championships get a lucrative sum of money, the matches go through an extreme level of pre-set parameters and standards. There is no way but to take the game seriously when you play for the title of the competitive tournaments.

Although the arrangement of foosball championships is not a new concept, engagement of more players over the years have increased the popularity of the game. It means that more people are keen today to play foosball competitively and seriously rather than for mere time pass with friends and family members. Foosball championships are ultimately the doorway to that competitive playing.

In the competitive era of foosball, you will find two formats of game such as singles and doubles. Although singles are prevalent, doubles are also gaining popularity in the foosball championships. In competitive games like world championships, foosball tables of a few manufacturers get access depending on their reputation and standing in the market.

Tables that are getting used continuously in competitive foosball games and championships are Leonhart, Bonzini, Garlando, and Tornado. Every year three different single foosball championships are held in the where all the four tables have high use. When players have good command with all the types of tables, their chance of winning the game increases.

From the year 2012, the players after shooting the ball can take two complete rotations by 360-degrees in the world championships. It allows the players to make harder shots with precise skill and control on the board.

There are three familiar and prominent foosball championships that are highly competitive. These are:

Like the FIFA soccer world cup, there is a very famous arrangement of foosball tournaments where the players around the world participate by representing their nations. Every participating player is a national champion and fights to snatch & retain the trophy for glorifying his/her country.

The Foosball world cup happens every year. An amusing fact is that when the world cup of regular soccer and table soccer occur in the same year, the celebration is much more. The International Table Soccer Federation (ITSF) arranges the world cup and presents decent and attractive prizes.

It is a separate event than the table soccer world cup. The Foosball World Championship happens three times a year on three different types of tables such as Bonzini, Garlando, and Leohart. Both the singles and doubles format of foosball games are played in the championship.

On Tornado tables, world foosball championships occur exclusively. A very highly standard table brand Tornado hosts the tournament that is named in the table. Most of the time, this event takes place in the USA. It is a very tough & competitive tournament and male players dwell in the singles format.

Tornado tables are very popular worldwide because of the aggressive and fast features that play a crucial role in making players skilled to win the title. The players in the US love to play on this table since they emphasize on the pace and control. Despite having good command of the US players on Tornado tables, the championship sometimes sees the foreign winners.

Champions of the Championships:

Although there are different championships and tournaments arranged in the arena of foosball, it is often not easy to reach the level of the game for many players who have been playing for a couple of years. In the Tornado Table championship, Tony Spredeman is a long standing champion (2013, 2015-2019) in singles format. He is a master player with an outstanding hand-eye coordination talent on the table. Since the early years, he has been demonstrating his foosball acumen and skill through participating and winning different competitive games.

In 2015, when the doubles championship of the tournament was declared to happen once every three years, Austrian duo Kevin Hundstorfer and Ollie Pett showed their extreme brilliance and took away the title ship. Their snake shot techniques were praiseworthy and helped a lot to win the trophy.

The Football world saw three champions in 2016 in three competitions named according to three tables. Felix Droese was the champion in the Leonhart foosball championship. The tournament took place in Sankt Wendel, Germany.

After reading our article, you are quite aware about the difficulties to play in the foosball tournaments and challenges to win the glorious titles. It is the dream of all professional foosball players to reach the summit of the tournaments and raise their hands holding the prestigious trophy. Take the game seriously with a structured level of persistent playing and hard practices. You will someday win your dream!! 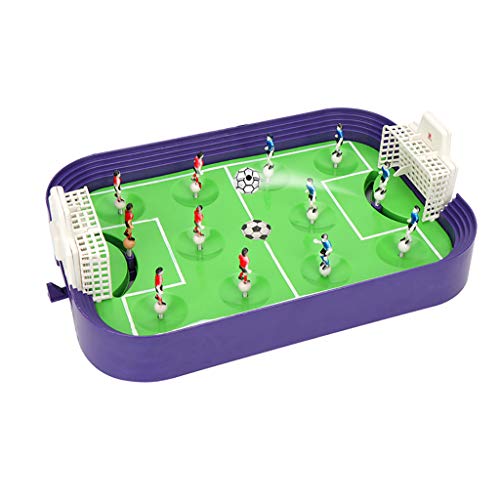